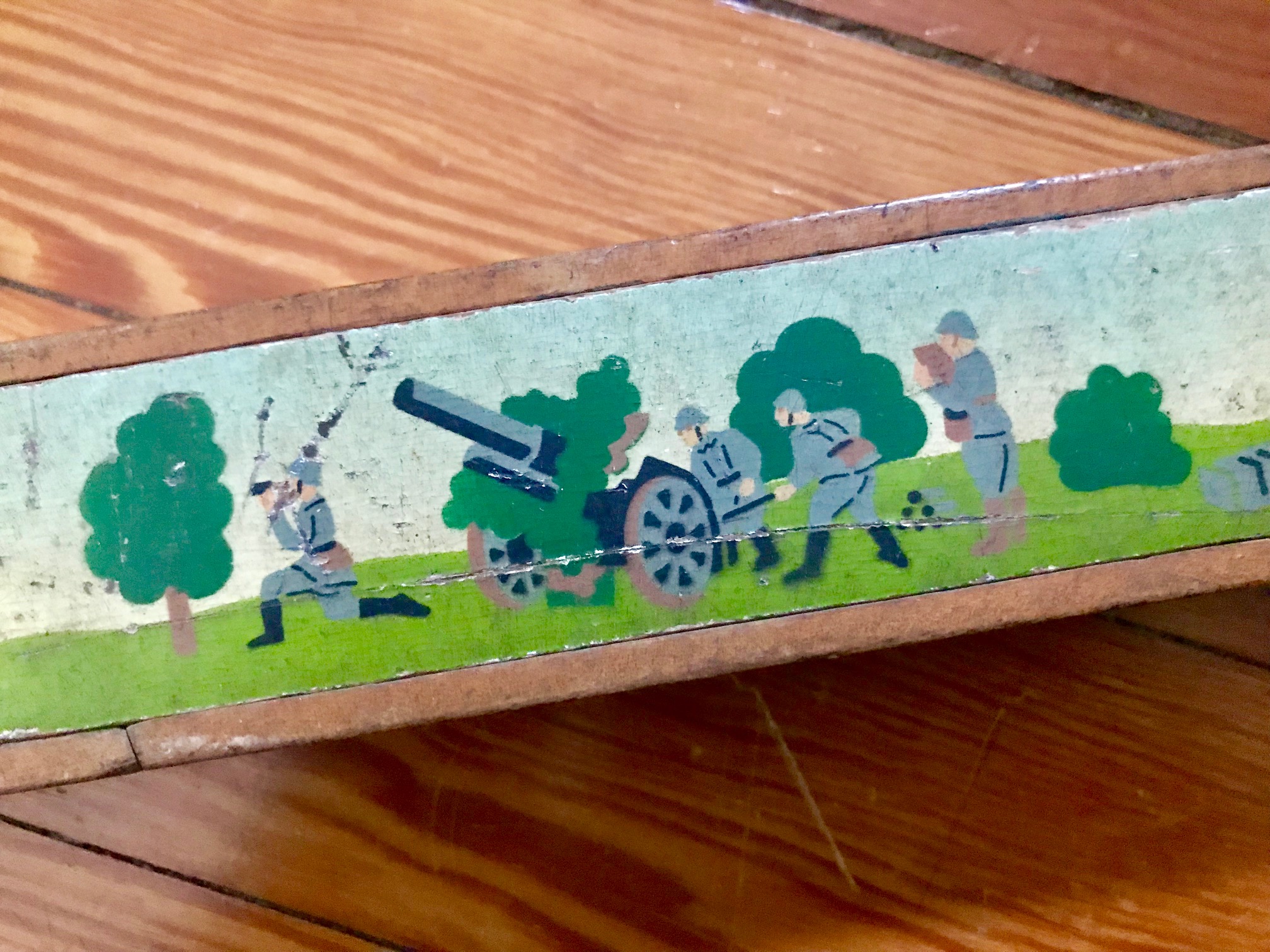 Published by Festung Admin on December 3, 2019

Probably every person who went to school in prewar Germany would have been familiar with a “Griffelkasten.” This was a wood box used by children and students to house their writing tools, initially slate pencils used on a slate board, and later, more typically, pencils, dip pen holders and nibs. Here are two that I have, both are what I would call the classic typical style with a sliding lid. The painted one is newer, maybe postwar; the dark wood one is probably over 100 years old. There were lots of variants of these and they remained in widespread use until the seventies. I have one that was a German souvenir from Poland in October 1939. I have found the Griffelkasten to be a very handy thing for my clerk impression field desk setups, for protecting my pencils and dip pens and keeping them where I can find them. To me it is evocative of the writing culture of that era, as well as being useful.