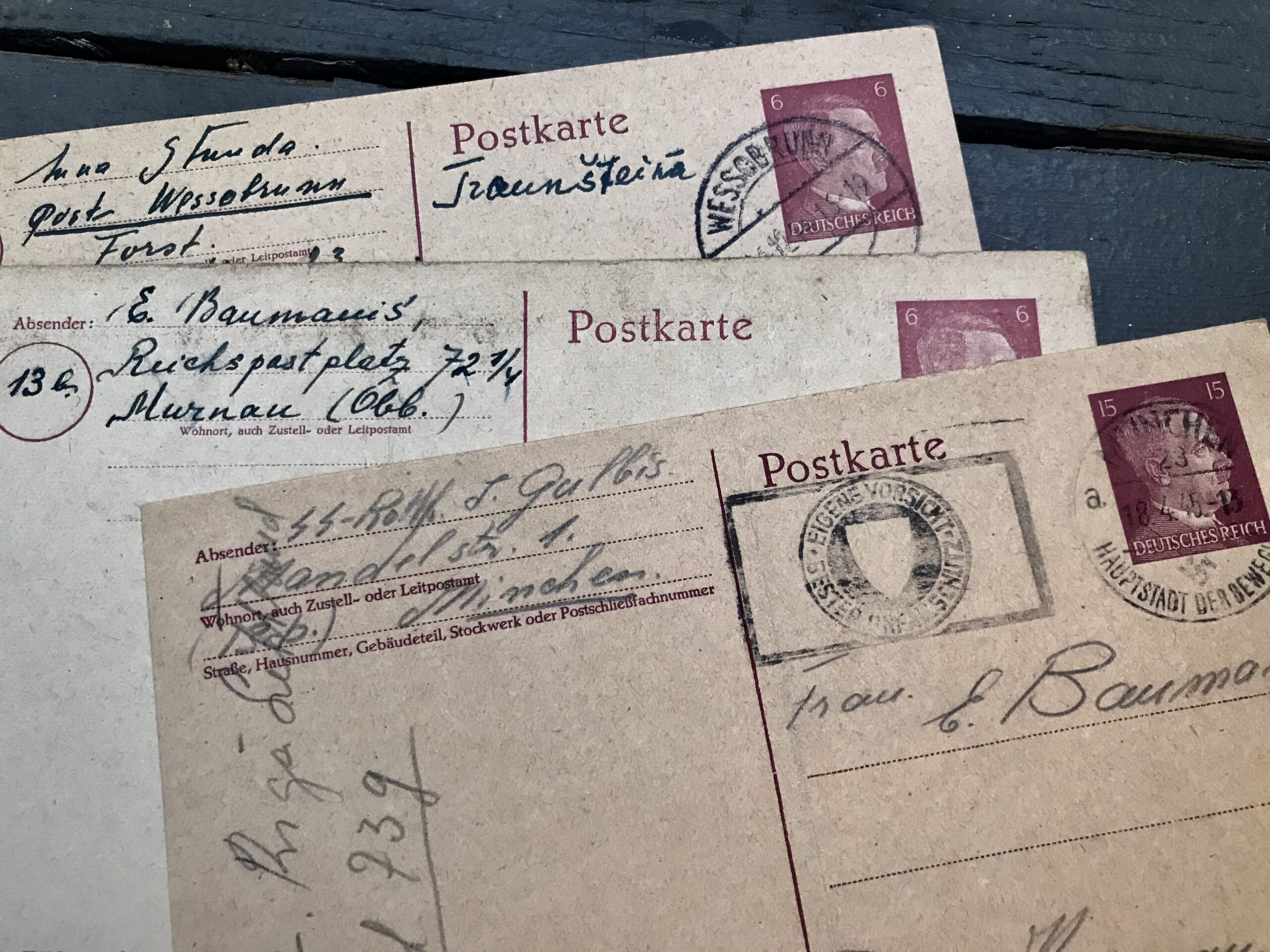 This postal stationery card was released in 1941. it was issued in 3 denominations, of 5 Reichspfenning, 6 Reichspfennig and 15 Reichspfennig. This 6 Rpf. denomination was commonly used for postcards sent within Germany. There was a lot of variation in the shade of the ink used on this simple, single sided postal card.

Here is a PDF of this card.

This postcard for occupied Poland was introduced in 1944.

Here is a PDF.

Here is another, earlier postcard from the Generalgouvernement (Nazi-occupied Poland). It dates from 1940 and is bilingual, German/Polish. This one does not have the postage pre-printed; the user had to apply an adhesive stamp with the correct rate.

Here is a PDF.

The originals are printed on a very thin card stock, almost a heavy paper. It’s likely they were off-white originally and have yellowed from age.

Thanks to Dylan Wickstrom for his invaluable help in creating the printable reproductions.